Auto zero maintenance is used to automatically compensate for slow drift in load cell output due to factors such as temperature change and dust accumulation over time. The controller display maintains zero provided all three conditions remain within the following programmable parameters:

The capture band setting can be set from 1 to 254 counts, but should always be set to less than the smallest weight to be measured. 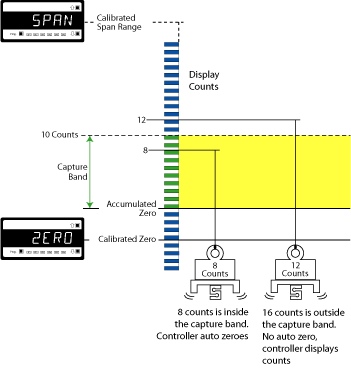 The auto zero motion setting can be set from 0 to 255 counts, but is normally set below the capture band. 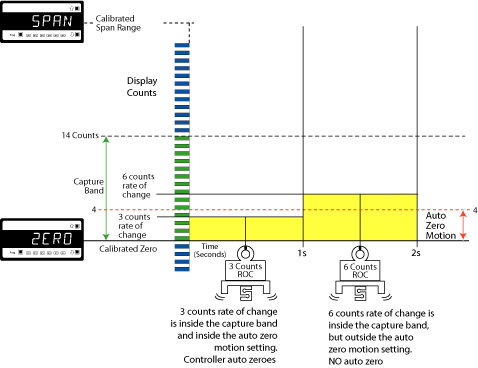 The suggested limit for the aperture window is 2% of the calibrated span. If the controller fails to zero, check for mechanical or electrical faults. 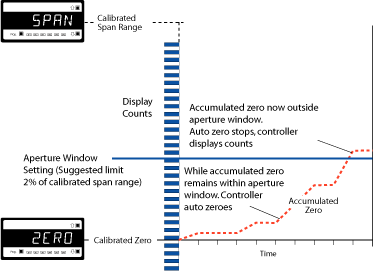 Provided the changes to the load cell remain within the capture band, motion band, and aperture window parameters, the controller automatically zeroes.